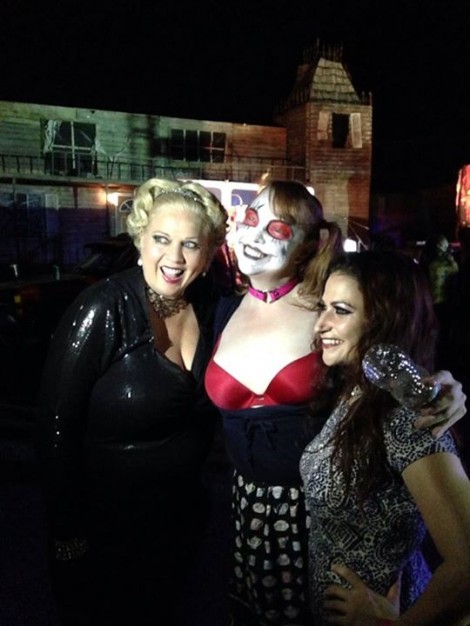 Me with Penny Wiggins and Emily Lauren after the match.

Last Friday night I got to dress like a scary clown and juggle meat cleavers while Sinn Bodhi made his way to the ring. I had never been a part of a show like this and it was so much fun! There were spectacles everywhere and wrestling matches you could only imaging.

Sinn wrestled John Morrison and they both had to beat off Scorch’s clown army. I even got in on the fighting a little bit. When I set out to become a juggler, I never thought it would lead me to dodging punches by professional wrestlers. I get to do some pretty cool things! 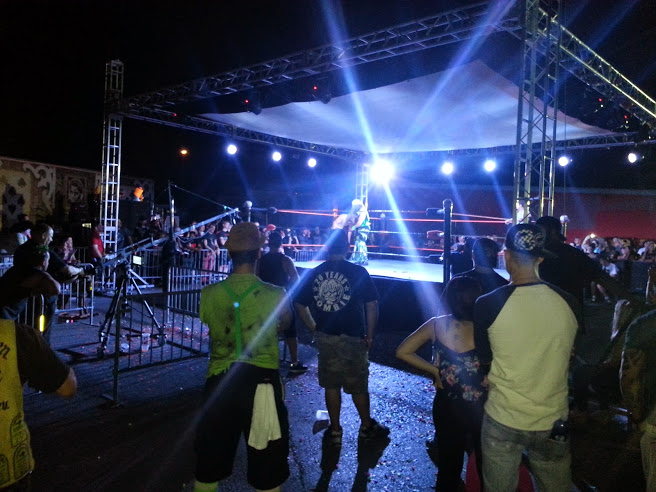 This juggling blog turned photo blog has been converted back into a juggling blog. Now with extra object manipulation for your viewing pleasure!